Everest Region has gained its popularity for trekking, mountaineering, peak climbing and expedition was the ultimate once-in-a-lifetime trekking experience! Set your sights high on climbing the world’s highest mountain for an iconic journey you’ll never forget. This region is fully attractive with its natural beauty and awesome scenery of beautiful mountain views. This region is also known as the vicinity of trekking. The number of trekkers to this region has increased dramatically because of the publicity the mountain has received from several sources. The majority of trekkers in Solu-Khumbu in this region are all heading up the same trail. This place lies in Solukhumbu District where Solukhumbu has been notably a developed region for trekking the best peak Mt. Everest that is grabbing the attention of the tourists which increases the trekker’s glide in this place day by day. It is more expensive and difficult to get to Solu Khumbu than other trekking routes.
Everest region trekking will grant you to see a such thing and see which have ever seen in the world and this region is god given a precious gift for Nepal as the heritage for them. This trekking route is the maximum difficult and adventurous Trek that has been attracting an increasing number of visitors yearly. The primary goal of trekking in this region is stepping at least the Everest Base Camp (5340m). In this trekking route, one route leads to Everest Base Camp and the viewpoint of Kala Pattar the other to the beautiful Gokyo Lakes. The best time to trek in the Everest region is from October to November and from March to May. In this trekking, we can see the flora and fauna in the Sagarmatha National Park and the Sagarmatha National Park which covers most of Khumbu and has done some fine work in reforestation but it can’t be said often enough: have as little to do with wood-burning as possible.

Phaplu to Everest Base Camp Trek 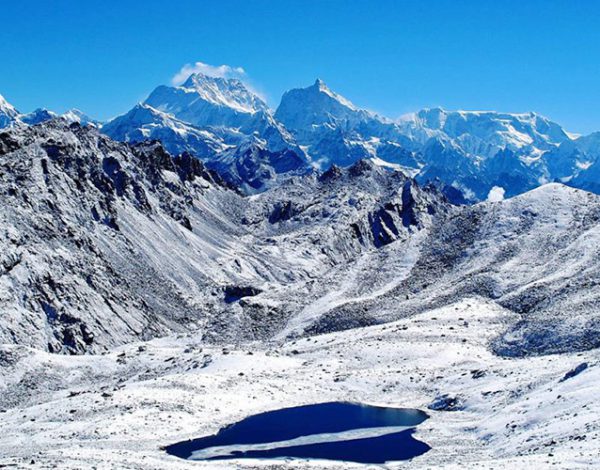 About Everest Base Camp Information

The Annapurna trekking route is one of the famous trekking routes in Nepal. It follows a path that will take you from green pasture to leafy pine forests to arid…